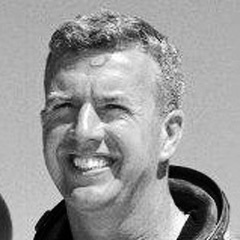 Captain Joseph Albert Walker has been selected for his leading role in the collection of data pertaining to hypersonic air flow, aerodynamic heating, control and stability at hypersonic speeds, reaction controls for a flight above the atmosphere, piloting techniques for reentry, human factors in space, and flight instrumentation.

During the 1950s and 1960s, the U.S. government launched a complex series of programs with the goal of manned space flight. The “X-series” of experimental aircrafts/spacecrafts were developed for these programs. The X-series began with Bell X-1, the first aircraft to break the speed of sound, and ended with North American X-15, which holds the world record of 4,519mph for the fastest speed by a manned rocket-powered aircraft. Two X-15 flights exceeded 100km in altitude, qualifying the pilot as an astronaut under the Federation Aeronautique Internationale rules.

Joseph A. Walker was born on February 20, 1921 in Washington, Pennsylvania. He won a scholarship to Washington and Jefferson College in 1938 and received his degree in physics in 1942. Upon graduation, Walker joined the Army Air Force and received training as a pilot. During WWII, he served in Europe, flying a total of 58 missions in a modified P-38 Lightning.

After World War II, Walker was hired as a physicist by the National Advisory Committee for Aeronautics in Cleveland. Shortly thereafter, he became a research pilot working on problems of aircraft icing. In 1951, Walker was transferred to the High Speed Flight Research Station at Edwards Air Force Base, where he began flying a B-29 mother ship that carried X-planes to their launch altitudes. By the mid-1950s, he was a Chief Research Pilot working for the X-series programs and flying the most exciting aircrafts in existence.

Walker was a project pilot for Douglas X-3 Stiletto, making all of its 20 test flights. He was reported to have said that the aircraft was the worst plane that he had ever flown. In less than six years, Walker became the first NASA pilot to fly X-15, the most successful X-plane ever built. During the early 1960s, he served as the Chief Test Pilot for the X-15 program.

Flight #90 took off from Edwards AFB in California on the morning of July 19 with X-15 #3 with its serial number 56-6672 securely mounted under the right wing of the mother ship, NB-52B Bomber #008. This was the first launch of X-15 over Smith Ranch Dry Lake, Nevada, a rural area to the East of Fallon, and tracked by both the Ely and Beatty tracking stations. At 18:20:05 UTC (Coordinated Universal Time) the X-15 separated from the mother ship and Walker pulled back on the controls. The rocket engine burned for approximately 85 seconds, and the aircraft accelerated up to about 4gs. As the X-15 reached an apogee of 106.01km, Walker was weightless for several minutes before beginning reentry to the earth. Parts of the X-15’s exterior heated up to 650°C as the aircraft rapidly accelerated back to the earth. Walker experienced approximately 5gs during the final pull up immediately before landing back at Edwards AFB, 11 minutes and 24.1 seconds after separation from the mother ship.

Flight #91 took off from Edwards AFB on the morning of August 22 with X-15 #3 under the wing of the mother ship. This was Walker’s last X-15 flight and became a record breaker. The X-15 separated from the mother ship at 18:05:57 UTC near Smith Ranch Dry Lake. The X-15 shot upward until it reached an apogee of 107.96km and returned to the earth following the same profile as before. The total flight time was 11 minutes and 8.6 seconds.

As a result of Flight #90, Walker became the first American civilian in space and qualified as an astronaut under the Federation Aeronautique Internationale rules. Flight #91, which made him the first person in the world to be in space twice, set an unofficial world altitude record for a rocket-powered aircraft. The record remained unbroken until the second space flight of the privately funded Space-Ship-One in 2004.

Walker continued working for NASA after the X-15 program. He was the first to fly the Lunar Landing Research Vehicle, a prototype of the trainer that all astronauts used prior to their moon landings. He was then assigned to the XB-70 triple-sonic bomber research program.

Captain Joseph Albert Walker died on June 8, 1966, as a result of a midair collision between XB-70 and NASA F-104N that he was flying. He was buried at Joshua Memorial Park, Lancaster, California. On August 23, 2005, Walker was posthumously awarded his astronaut wings in a ceremony at the Dryden Flight Test Center.